Tucker Dupree, one of the top blind swimmers in America, did not start his athletic career as a swimmer.  As a child Tucker was more interested in playing soccer. He chose to leave swimming in the hands of his older sister, however by his sophomore year of high school his thoughts on swimming began to change. In preparation for soccer, in the off-season Tucker took up swimming as a means of staying in shape. He quickly discovered that he enjoyed swimming and he was also quite good at the sport. So good, in fact, that he still holds the record at his high school for the 100 meter Backstroke and the 50 meter Freestyle.

When Tucker went blind at the young age of 17, soccer was no longer a sport in which he was able to compete.  Realizing that he wanted to continue his athletic pursuits he began to take swimming more seriously and despite his visual impairment, Tucker has proven himself to be a world class swimmer.  Tucker competed in his first international meet at the 2008 Beijing Paralympics where he represented Team USA. At the 2012 London Paralympics, Tucker brought home a Silver Medal in the 100 meter Backstroke and two Bronze Medals in the 50 meter Freestyle and the 100 meter Freestyle, but simply placing is not enough for Tucker. He wants to win the Gold Medal at the 2016 Rio de Janeiro Paralympics. 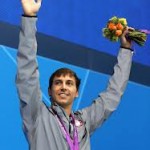 When asked what keeps him driven to excel as a swimmer, Tucker replied that he knows how it feels not to win and that he does not like that feeling.  He explained that the desire to win keeps him motivated to always do better. As a professional athlete, Tucker knows that winning is not always easy, but he said the best advice he was ever given was that a man could wake up every morning and either do what is easy or what is right; the choice is his. It is quite apparent that Tucker lives by this advice and has chosen to do what is right for him. In order to meet his lofty, but not impossible, goal of winning a Gold Medal in Rio de Janeiro, Tucker sticks to a regimented training schedule.  On Mondays, Wednesdays, and Fridays from 6:00-7:30am, Tucker works out in the pool then from 8:00-9:30am he lifts weights. On Tuesdays and Thursdays, he swims from 6:00-7:30am and then again from 3:00-5:00pm. Saturdays he has just one workout from 7:00-9:30am. 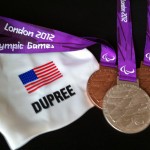 Tucker trains as rigorously as any competitive, professional, able-bodied swimmer; however, he has the added difficulty of training with a disability. In order to work around his disability, Tucker explained that he uses Swedish goggles because they have the largest area of open space on the sides such that he is able to use his peripheral vision which has remained intact. Another difficulty he encounters is send-offs because he is not able to see the face-clock. Fortunately, his coaches are willing and able to help him with some of training practices that Tucker is not able to monitor himself. They are also extra descriptive when assisting Tucker in adjusting his style or stroke.

Tucker mentioned that he has recently started training with Style Sticks to improve his stroke. He noticed that the Style Sticks have helped him in learning the Hip Driven style and Shoulder Driven style of the Three Style Freestyle for the 100 meter Freestyle and 50 meter Freestyle respectively. He said he has enjoyed using them because they keep his mind focused and active, and they are also beneficial to his stroke. 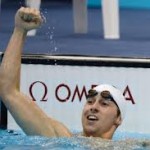 Our mission at Athlete Approved is to help our audience become better athletes. We accomplish this by promoting fantastic ideas and products. Our recommendations are time tested and approved by some of the best athletes in the world, with a main focus on swimming.

Comments are closed for this article! 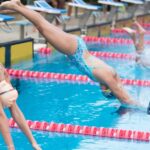 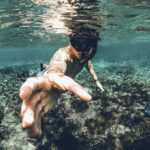 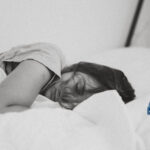 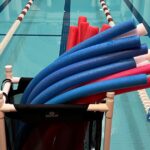 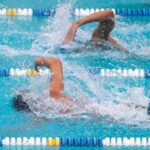 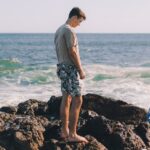 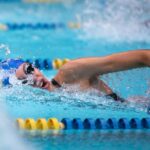 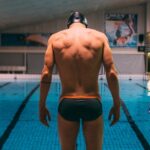