The Hidden Gift in Sports

Last week I was rummaging through my closet and came across an object of great personal significance, my old swim bag. Quickly emptying the contents of the bag onto my bedroom floor I was comforted as the familiar scent of chlorine began to fill my room. Dusting off my old racing cap I realized the objects before me summarized the final months of my collegiate swimming career.

Chuckling at the jokes shared among the team throughout my final season, I embraced each item from the bag like it was a former teammate. Running my fingers across my championship suit, my mind began racing through my final swim as a wolverine. Memories of pivotal decisions that my coaches, my classmates, or myself had made throughout the previous season began flooding my mind faster than I could comprehend.

Gathering the items from my swimming past I noticed a small piece of paper on the floor. The crumbled piece of paper was a receipt dated March 30th, 2013. The exact date that the Michigan Men’s Swimming and Diving program claimed their 19th National title and 12th official NCAA title. It was an artifact of our championship.

What was the artifact?

I had the honor to attend the meet in Indianapolis last spring as a spectator and can still recall sitting with my teammates’ parents coordinating “GO BLUE” cheers with our massive alumni section. A section filled Michigan swimming legends Davis Tarwater, Dan Madwed, Matt Patton, and all four of the Vanderkaay brothers.

Shaking off feelings of adrenaline I had not felt in nearly a year I wondered how was it that a receipt from a local Indiana sandwich shop could ignite so many emotions and memories.

How did a seemingly insignificant, moldy piece of paper suddenly hold so much meaning?

The answer to this question is the same answer as to why an athlete triumphantly raises their fist in the air during their championship medal ceremony. The same reason a team assembles to celebrate their victory decades after their championship season. The same reason a coach feels overwhelmed with emotion as their athlete reaches their highest potential. The same reason parents feel enormous pride, when their child learns the value of hard work. The reason for all these circumstances is quite simple. Adversity. The excitement and significance generated from every great athletic achievement originates from the challenges a successful team or individual overcame to obtain their objective, to capture their crown.

Failure and Success of Sports

Before I speak any further on the value of this term, let’s draw attention to the initial, critical, moments when you’re staring adversity – in any form – in the face. During these moments of recognizing an adverse circumstance an athlete has two distinct paths to choose from: one leads toward failure, and the other towards success.

On April 12th, 1959 during a speech in Indianapolis former president John F. Kennedy said, “When written in Chinese, the word crisis is composed of two characters. One represents danger, and the other represents opportunity.” Some may argue that the term “crisis” is far too dramatic for the realm of sport, yet stripped of any intensifying connotations it fits that last minute play, that heroic performance in the pool, on the hard-court or on the gridiron. That final instant is the apex, but their preceding moments were supremely stressful, with outcome uncertain and every participant acting with the highest level of determination and focus.

Those situations emulate “crisis” and are both foundational components of sport and key factors in the drama and emotion associated with athletics. When presented with adversity we can allow these challenges to hinder our performance or we can proactively overcome the difficulties and use them to our advantage.

Realizing and capturing opportunity in difficult situations is not easy. It takes work, patience, determination, fortitude, diligence, and every other term associated with success. For these reasons this approach to adversity is one that few can consistently muster and they are why overcoming adversity is such a powerful achievement. This journey, this struggle, is why the victorious athlete roars at his or her teammates, coaches, and parents with such passionate fury.

Why is it more meaningful to accomplish an objective through adversity as opposed to easily obtaining a goal?

Picture the time your boss gave you a nod of affirmation after you successfully conducted a presentation to your co-workers that you relentlessly worked on for weeks. The time you earned an “A” on a final exam that you spent months tediously preparing for in the library. Or the time you defeated your rivaled opponent after a year of the most grueling training of your life. All of these conditions involve adversity and how to responding to hardship. Specifically, they describe how an individual chooses to accept his or her present circumstances and overcome all difficulties to achieve victory.

As Michigan Head Swimming and Diving Coach, Mike Bottom, a co-founder of Athlete Approved, once stated, “A true athlete is someone who is thrown into an adverse situation, faces it head on and adapts to it making themselves and those around them better.” How an individual or team responds to and overcomes adversity is the underlying element that makes sports so magical and attractive. Adversity generates meaning and purpose for our goals and objectives. Adversity makes the medal fit perfectly around our necks, the applause so fulfilling, and the race more worthy of triumph.

Sometimes You Gotta Believe and Have Fun! See below for a Video of Roman Walking on Water.

Roman is an Assistant Swim Coach at The University of Alabama. He was previously the Volunteer Assistant Coach for the Cal Berkeley Men’s Swimming Team and Co-Head Coach at Ladera Oaks Swim Team. He was the captain of the 2013 Team NCAA National Championship swimming team at the University of Michigan, where he graduated with a bachelor's degree in education. He was a member of 3x Big Ten Championship teams at Michigan and NCAA Honorable Mention All American.

The Best Robes for Swimmers in 2022

The Best Snorkel Masks in 2022

The Best Pool Towels For Swimmers in 2022

The Best Swim Bags for Swimmers in 2022

The Best Stopwatches for Swimming in 2022

The Best Nose Clips for Swimming in 2022 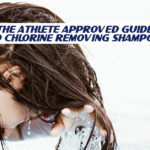 The Best Chlorine Removing Shampoo in 2022 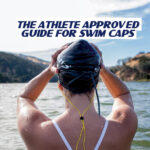 The Best Caps for Swimming in 2022

The Best Diapers for Swimming in 2022 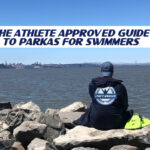 The Best Parkas for Swimmers in 2022 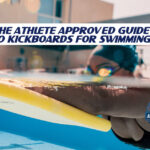 The Best Kickboards for Swimming in 2022 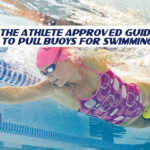 The Best Pull Buoys for Swimming in 2022 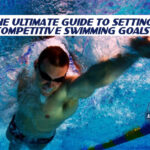